‘A bad car is Mercedes’ problem, not the FIA’s’

I didn’t think the race was particularly exciting – a bit disappointing in fact. Carlos Sainz was unable to get in a good position to attack Max Verstappen. I also think the race management pushed the race off balance with the Virtual Safety Car.

Ultimately this led to the expected end result – the Red Bull was really very fast on the straights. I got the impression that Sainz didn’t get through the last hairpin well, so he was always just that bit too far behind Verstappen on the long straight. For the rest of the lap the Ferrari was strong, maybe stronger. But he didn’t tackle the hairpin well – the most important moment of the lap. He couldn’t get the car rotated well enough.

Verstappen has a big lead now, but he’s not there by a long way yet. I keep saying it, the season is still long. We know he never weakens, he doesn’t succumb to pressure. Everything always goes right for a champion, see Hamilton in Imola last year for example. Verstappen is also still in that momentum from last year. Engine failure or a strategic error, these are always lurking but yesterday it was Pérez who was affected and not Verstappen. But it will very probably happen to Verstappen again, it’s almost inevitable.

A few weeks ago I was very critical of Lewis Hamilton, so now I have to give him a compliment. The car was competitive and Lewis put in a very strong drive. It’s important for him that he made it to the podium. On Saturday he won the qualifying duel after that strange gamble by George Russell. And Hamilton got the maximum out of the race, made the right decisions and also had the speed. It’s been a tough season and maybe this is the boost he needed. Maybe his bad moments are behind him now and he’s back in fighting mode.

I’ve been less impressed by Toto Wolff and his campaign. They have always done everything they can to maintain their advantage over the years. Now they have built a bad car and that is their problem, not the FIA’s. Other teams have also solved it, why should they now be punished with a rule change?

I think Mercedes has found something now, as if it was already ready. They were bouncing less and were fast, they certainly haven’t raised the ride height. But I don’t understand the constant whining. Racing is dangerous. Inhaling carbon from your brakes is also unhealthy, as are G-forces or dehydration during a long, hot race. Nobody is forcing Mercedes to set up their car like this.

Finally, I would like to compliment Fernando Alonso. He can still do it, it’s still the same Alonso but with more experience. Alpine was completely off in terms of strategy, and then there was also a problem on the straights. That is the story of his season, he is competitive but on Sunday things often go wrong. But the future is bright for Alpine, that team is getting better and better. 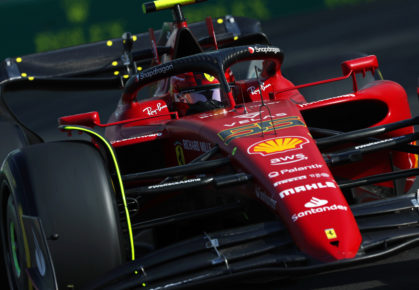